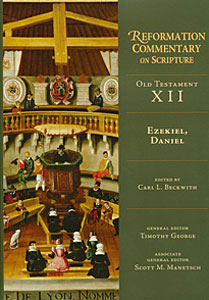 The Reformation era revolution in preaching and interpreting the Bible did not
occur without keen attention to the Old Testament Scriptures. This is
especially true with regard to the Hebrew prophets. Ezekiel and Daniel, replete
with startling, unnerving imagery and visions, apocalyptic oracles of judgment
and destruction, captivated the reformers as they sought to understand their
time and themselves through the lens of Scripture. Equally, these prophetic
books underscored the covenantal promises to God's people and the hope of
restoration, which the reformers understood to be the righteousness of Christ
made available in faith.
Reformation commentary on the prophets Ezekiel and Daniel are windows into the
biblical, theological and pastoral minds of the reformers as they engage the
details of the texts, make theological judgments, and apply fresh reading of
Scripture for their contemporaries. Familiar passages, such as Ezekiel's
dazzling vision of the wheels, the building of the temple, or Daniel's four
beasts, are given new layers and textures. Moreover, these new emphases are
clearly compounded by the Reformation's own apocalyptic expectations which
heightens the sense with which the commentators approached the text.
Ezekiel and Daniel collects the comments of the monumental figures like Luther,
Calvin and Melancthon, alongside many lesser known and read thinkers, such as
Heinrich Bullinger, Hans Denck, Giovanni Diodati, Johann Gerhard, John Mayer,
Matthew Mead, Johann Oecolampadius, Jakob Raupius, Johann Wigand and Andrew
Willet. Several beloved English Puritans are also included: Richard Baxter,
John Bunyan, Thomas Manton and John Owen. The wealth of Reformation
interpretation on these books of Scripture is brought together for the first
time.
Features:
* Offers the insights of Protestant Reformation interpretations of Ezekiel and
Daniel * Presents the diversity and the unity of Protestant Reformation interpretation
of Scripture * Highlights the exegetical developments that characterized the Protestant
Reformation * Features a wealth of Reformation commentary material previously unavailable
in English * Introduces the reader to the rich and complex world of the Protestant
Reformation * Includes in-depth but accessible introductions by world-class Reformation
scholars to Reformation interpretations of each book of the Bible
Series: Reformed Commentary on Scripture Old Testament, volume 12.
Editor: Carl L. Beckwith.
Recommended € 49,90
€ 40,90 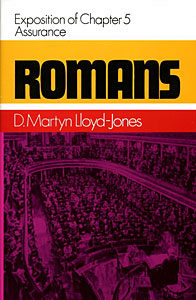 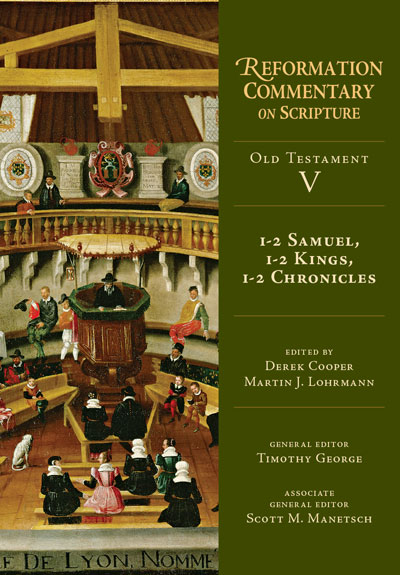 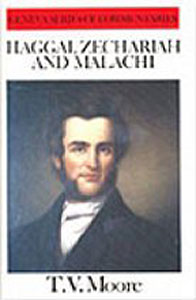 GENEVA: Haggai, Zecharaiah and Malachi
T.V. Moore -
A Commentary.
Thomas Moore (1818-1871), along with such men
as Charles Hodge and J.A. Alexander, was an American commentator who set a
standard of biblical exposition ...
€ 14,90
verder
Meer van deze auteur... 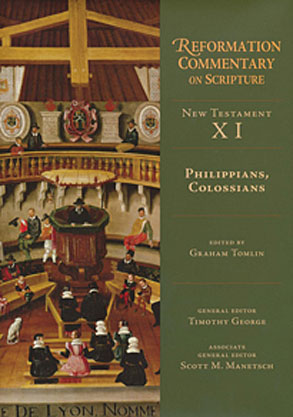 RCS NT 11: Philippians, Colossians
Timothy George (ed.) -
Paul's letters to the Philippians and Colossians celebrate the glory and
supremacy of Jesus Christ and his saving work, a refrain ...
€ 40,90
verder 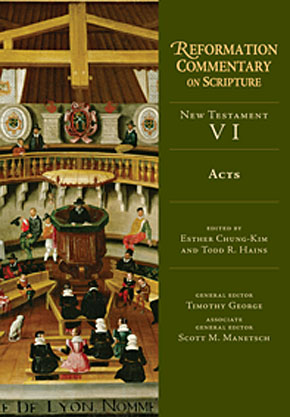 RCS NT 06: Acts
Timothy George (ed.) -
The Reformation was a call to return with renewed vigor to the biblical roots
of Christian faith and practice. Still, for ...
€ 40,90
verder